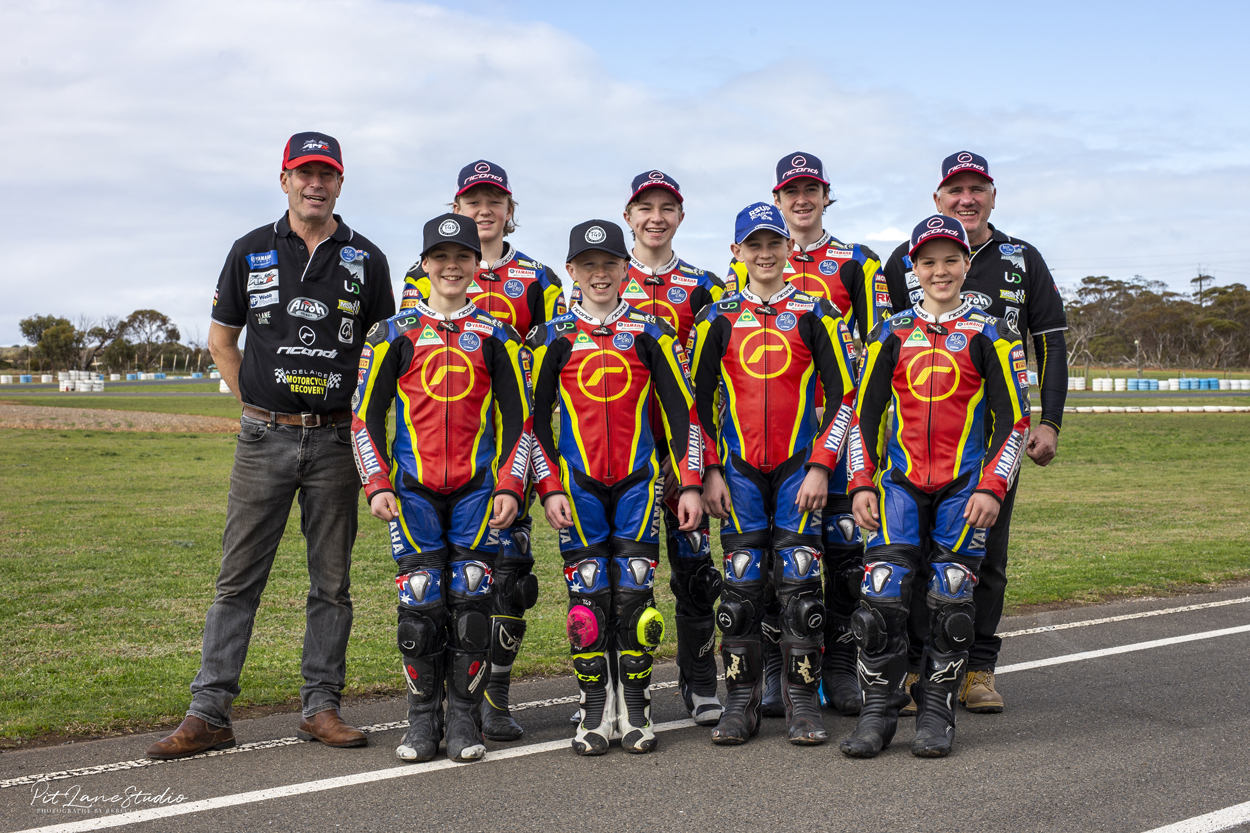 Amidst some very touch-and-go weather, Atujara MCC hosted Round 3 of the 2022 bLU cRU SA Junior Cup this weekend at SA at the Go Kart Club of SA in Monarto.

While Rikki Henry (36) took out the round, it wasn’t an easy task with Cooper Pitt (27) and Seth Dellow (34) hot on his heels! Pitt shared the following race report for the weekend :

“Throughout the weekend, we all experienced lots of different types of weather. It rained on and off throughout the whole weekend which made racing much more interesting.

The first day at the track, I had practice and qualifying for the bLU cRU and for the junior 160cc class. We ran wets for about half the day as the track was wet for a while. For the first session of the day, I was riding my bLU cRU bike. In this session I unfortunately crashed because I entered a corner a little fast and lost the front. I was luckily ok, but I could not say the same for the bike – it had a bent handlebar, a bent shifter, and broken fairings. But by the time I got back into the pits, we got working on the bike straight away. With a bit of fiddling and a tape up job, the bike was ready to go again. By the end of the day, I had qualified 3rd for Juniors and bLU cRU with my fastest lap of the day being a 58.1 second lap.

Race day! It was time to get serious. On Sunday morning the track was once again wet, and we were on wets for the first few races. During this day I had 10 races to compete in, so I was just taking it race by race. The first sessions of the day were warm up sessions, then it got straight into racing. The first race of the day was a bLU cRU race. I was quite nervous as I was starting 3rd on the grid and because the track was slippery. During the 2nd lap of the race Rikki unfortunately crashed which put me in the lead. Throughout the race I kept the bike upright and rode smooth, and by the end of the race I came away with not only my first podium but my first win. This part of the day was very emotional. As I crossed the line I burst into tears because this was one of the many things I thought would never happen. The next race I had was a 160cc junior race. I ended coming away from this race with a 2nd place finish. I ended up getting all podium finishes for all the races. I came away with three 1st places, two 2nd places, and five 3rd places. By the end of the day I came 2nd overall for both classes.

I would just like to say a huge thank you to everyone who supported me over the weekend – my parents, Kym Bolto, Allen Bolto, Jill Bolto, Andrew Hiscox, Chris white, Darrin Webb, Korno, Crouch for the online support, Tegan, Jason, Terleah and Dylan Gromball, and Brenton Matters. I would also like to say thank you to all my competitors over the weekend and all my sponsors and bLU cRU sponsors.”

Point results for the round are below and Speedhive has each heat’s results here. 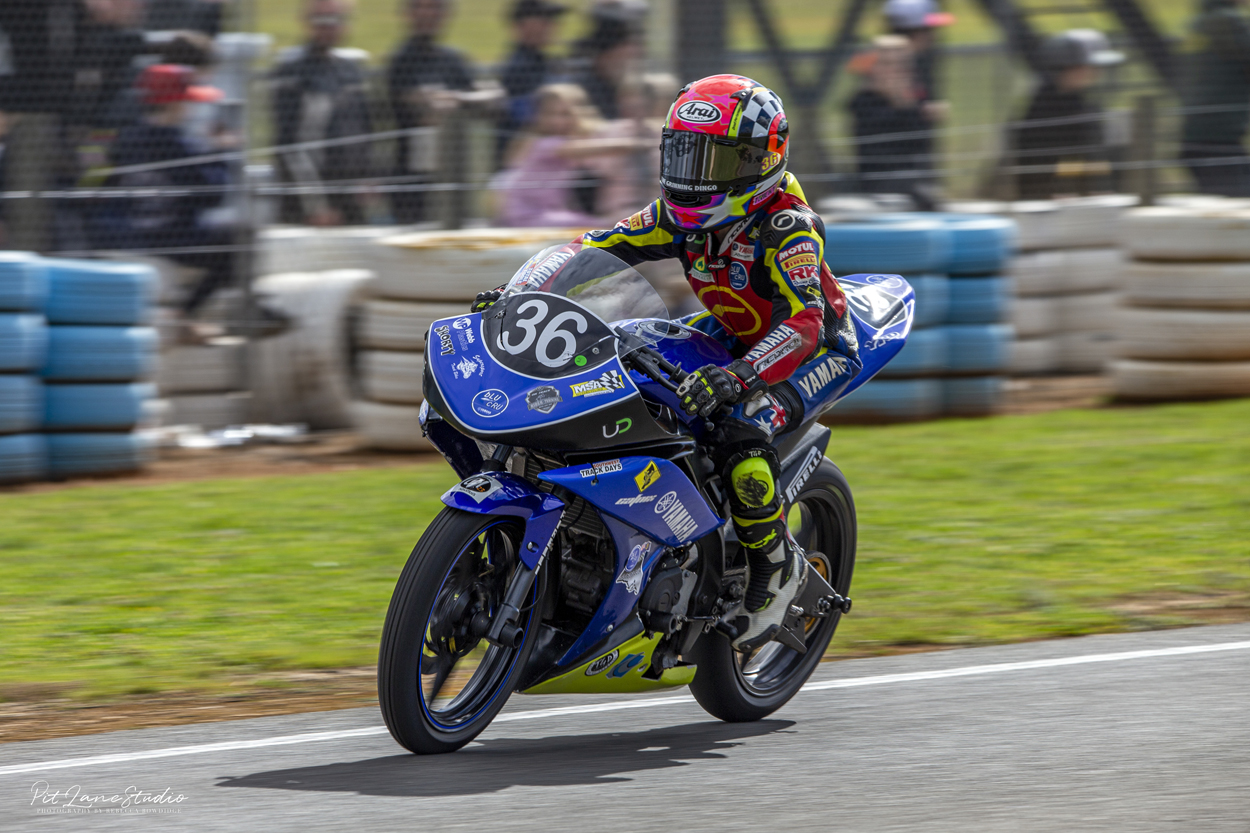 Our thanks to the 2022 bLU cRU SA Junior Cup sponsors : 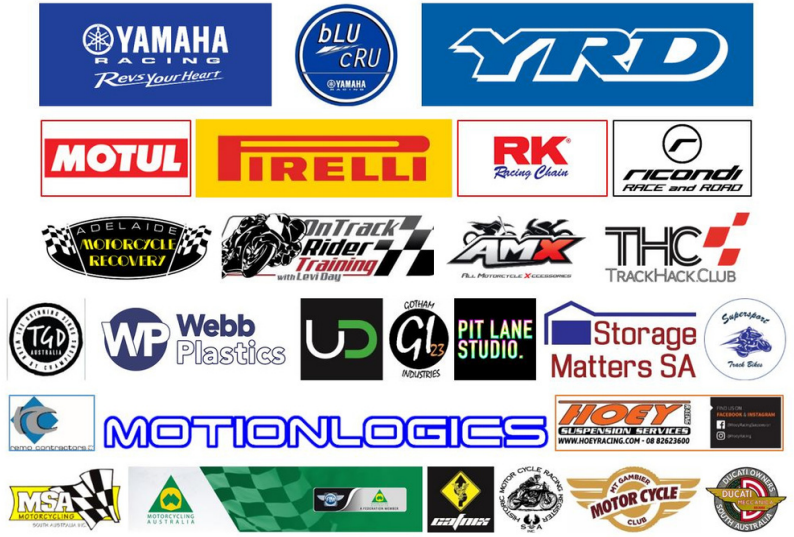