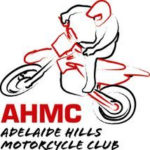 Discipline:
Enduro, General, Juniors, Motorcycling Club, Reliability Trials
Short Business Description:
We are a Non Competitive Enduro Club.
A group of Guys and Ladies who like riding dirt bikes round in circle without the pressure of racing.
Our members get involved in the reliability trials, trail, enduro and adventure riding .
We support and man a control point annually at the 24 Hour Trial. 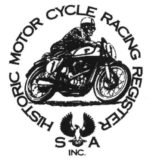 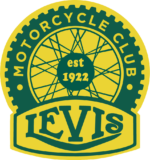 Address: Kent Town, SA, 5071
Discipline:
General, Historic and Classic, Juniors, Motorcycling Club, Road Racing
Short Business Description:
The club was created by a group of bikers who hung around a cafe in the city. After some bad publicity on a weekend ride, they were advised to become a registered club so the police would not hassle them.
The Phoenix Motorcycle Club of SA was founded in March 1964 with 84 members and affiliated with the Auto Cycle Union of SA (now Motorcycling South Australia). In 1978 it became an incorporated body.
At first the club ran scramble meetings on a track they created at Brooks Gully (near Tanunda) and in the mid 1970′s the move was finally made into road racing. The club quickly became the premier road race club in Adelaide growing to a peak of 213 members in 1978.
The Club held a number of dances in the late 60′s and our Annual Fancy Dress cabaret was held 1976-1991 at halls in Kilburn, Woodville and (after those councils refused to hire any more halls to us) the Hungarian Club at Norwood.
Since its formation in 1964, the Club has held meetings in a number of locations. The first meeting took place in Ma’s Café, Tavistock St, Adelaide followed by a rented hall at Wayville. When attendance at meetings fell to about a dozen regulars, they decided that meeting in a hotel was cheaper and easier. In the boom years of the late seventies, there were so many people going to the fortnightly meetings that the hotel had to put on extra staff to cater for the crowds.
Phoenix MCC hosts Adelaide"s premier motorcycling event,The Adelaide 3 Hour and also runs Road Race State Title events including joint state title events with Victorian club Preston MCC, our main emphasis is Road Racing events and hosting ride days for Mallala Motorsport Park once a month.