You are here: Home / About Us / Honour Board
The Motorcycling SA Hall of Fame was established in 2014 to honour the legends and heroes of South Australian motorcycling and highlight their achievements and contributions to motorcycling.

The Hall of Fame ceremony will be held in late November each year, and will be open to the whole association & public to attend. 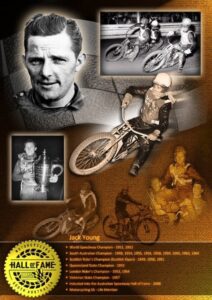 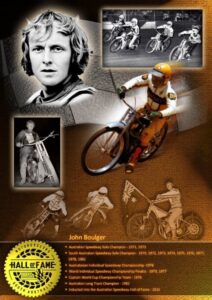 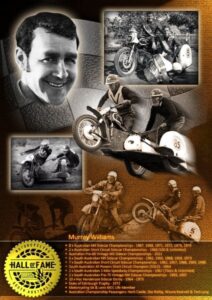 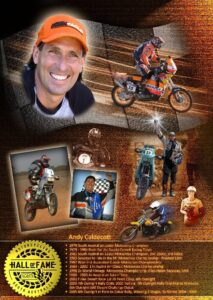 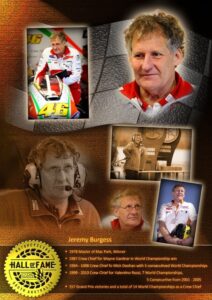 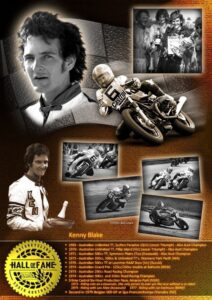 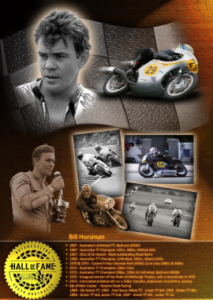 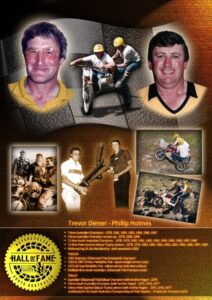 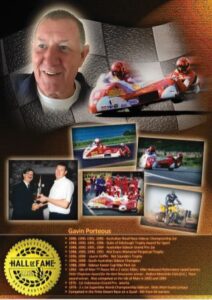 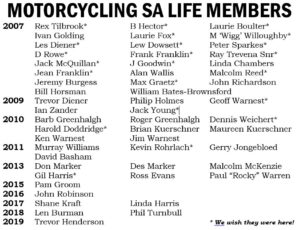 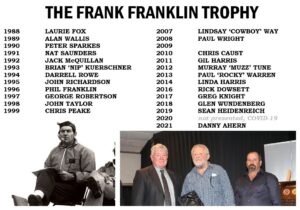 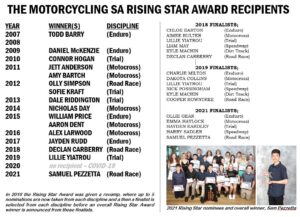 Motorcycling SA Club of the Year 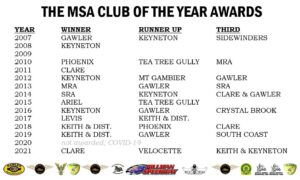 ​Motorcycling SA Regional Volunteer Award is an award to recognise the outstanding hard work of our clubs & associations Volunteer from specified areas around SA. Volunteers are the lifeblood of grassroots sport and give up a lot of their own personal time to help run the sport that we all love. Volunteers are dedicated people that not only give up large amounts of personal time, but also can act as positive role models for other club members and riders. 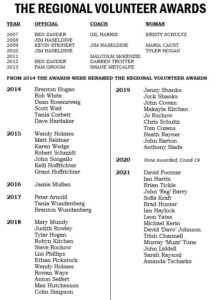