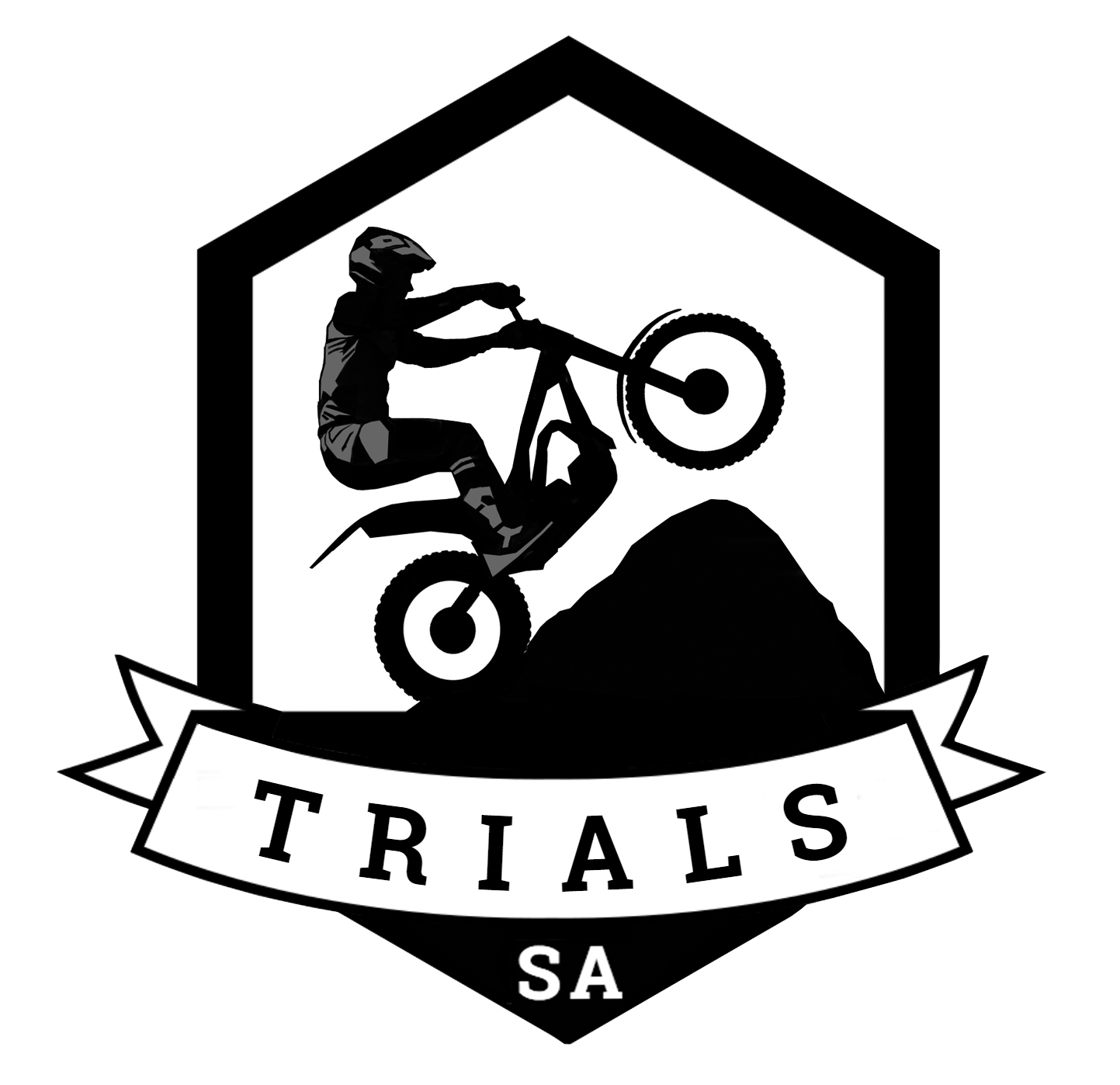 Held on the weekend of September 10/11, and hosted by the Keyneton MCC, the event will be held on their iconic properties on Rhine Park Road at Eden Valley*, in areas not used since the 1994 Australian Trial Championships were held at the venue! With Keyneton Motorcycle Club also recently announced as the host for the the 2023 Australian Trial Championships (more on that in the coming weeks…), this will be the ONLY chance to ride this kind of South Aussie rocks and terrain before next year’s Championships.

*For those not sure which property at Eden Valley – turn onto Rhine Park Road next to the Eden Valley Caravan Park and travel about 5k out to Keynes’ Gap – signs into the property will be on the left – this is across the road from the venue of the 2011 Australian Trial Championships, and the mid-week event during Trials Week SA 2017.

For the second year running,  naming sponsor AMX Superstores have donated prizes for this event, with five (5) $50.00 AMX Superstores vouchers – one each for the four Junior Class Champions, and one for the best placed junior rider in a senior class. Trials SA’s thanks goes to Beckz and her team at AMX Enfield store for the continued support of Trial in our state – and get ready to check out their brand new store opening in August – it’s gonna be huge!

The 2022 SA Championships will also continue to receive great support from Greg Knight and his team at Rockhopping SA, who will be onsite all weekend to assist and will have his mobile trials store stocked for all your needs! Huge thanks once again to Greg for his continued passion for Trial here in SA.

Entries are open at 7.00AM ON FRIDAY JULY 15TH, with a full range of classes (competitive & non-competitive), 4 Junior Classes, plus Mini Trial, camping onsite and more. All details will be included in the supp regs – which will be uploaded on the supp regs page of the Motorcycling SA website, and emailed to all registered participants. 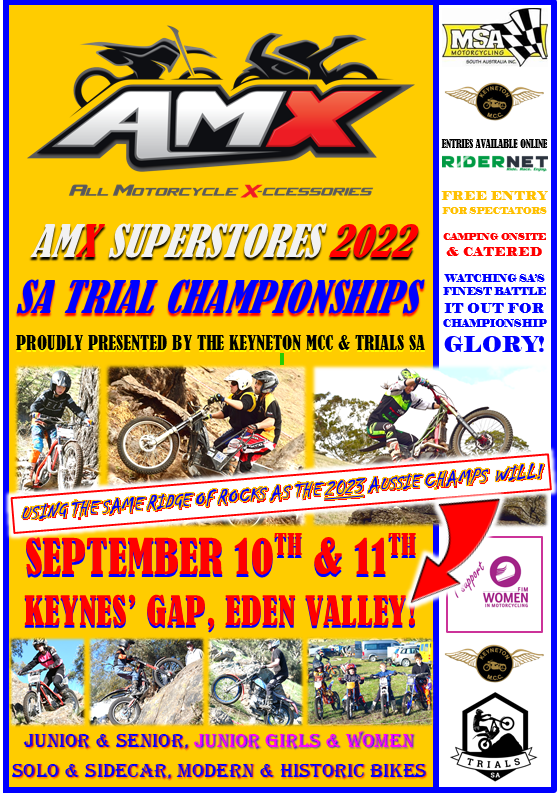 THE AMX SUPERSTORES 2022 SA TRIAL CHAMPIONSHIP CLASSES WILL BE:

Sidecar Classic, Black Line (or run of section – to be decided)

(A Classic Sidecar to have an air-cooled motor, drum brakes and no sidecar wheel brake)

Dependent on entries and observers, the plan is to have a minimum total of 40+ sections to ride each day, with a minimum 6 hour ride time, meaning it will be similar to an Australian Championships,

Camping on site from Friday night.

Event will be catered – details to be announced closer to the event!