BILL HORSMAN; THE 2018 INDUCTEE INTO THE MOTORCYCLING SA HALL OF FAME

You are here: Home / News / BILL HORSMAN; THE 2018 INDUCTEE INTO THE MOTORCYCLING SA HALL OF FAME
Back

Motorcycling South Australia is pleased and excited to announce that the man they call ‘Barney’, the great Bill Horsman, whose racing career spanned 50 years, will, on November 24th, become the 7th inductee into the Motorcycling SA Hall of Fame, and will take place at the Titanium Security Arena at Findon. 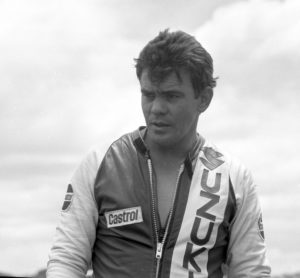 From the late 1950’s when Bill started as a passenger in scrambles for Laury Wilson to finally hanging up his leathers in 2008 Bill won an amazing 9 Australian Championships up until 1975 in his ‘first’ racing career, which included winning at places like Bathurst, Mallala, Albany in WA and in Tasmania as well.

Included in this is an ACU of SA Award for the most outstanding road racer of 1967, an inaugural win of the Duke of Edinburgh Trophy in 1972, with a 2nd win in 1975.

This era also included the 1972 500cc & Unlimited Grand Prix at Bathurst, and against the great Kiwi in World Championship runner-up, Ginger Molloy, Bill came out on top in a race now regarded as ‘Bathurst’s Greatest Battle’ (see below as well) after a last lap & corner braking duel into Murray’s Corner.

Bill ‘retired’ at the end of 1976, but after 10 years he was persuaded to throw his leg over a Historic Road Racer, and so began his ‘2nd’ career, a career that not only totalled over 25 Australian Championships, but also the chance to ride the Isle of Man in the Historic TT Races, and in his final ride, he came away with a win in the Classic Junior TT, as well as recording many 100mph laps and race times through his 9 trips to the Isle!

Bill is also an original Life Member to Motorcycling, being awarded that honour in the inaugural year of inductions in 2007, and now joins the late, great Kenny Blake (2017) as a road racing inductee into the MSA Hall of Fame.

So – want to be there when Bill takes to the stage to be inducted and makes a thank you speech on the night??

Then you best grab a ticket while there are still some left because it very much looks like it will be a full house on the night in what will be a fantastic way to celebrate 2018! Here is the link to grab a seat, a 3 course meal and a night of highlights; https://goo.gl/uGGvDW 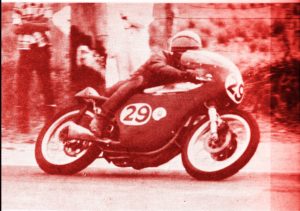 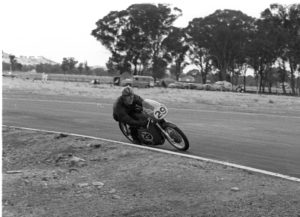 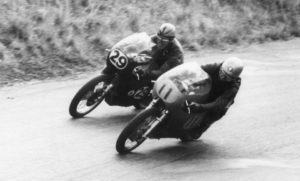 SHOW ME THE MONEY – in relation to Bill at Bathurst in 1972!

Horsman showed true commitment to competing at Bathurst by driving there knowing he didn’t have enough money to return home! How many in the sport today would do the same? Although Horsman doubled his prizemoney in one race because the Senior and Unlimited races were combined, the payout was not in cash.

“I went home with a bit of a story,” he recalls. “My finances were such that when I left home I didn’t have enough money to get back. I thought that everything should go alright, but if the worst came to the worst, I could get a job in Bathurst for a week or two, get a few quid to pay for the petrol and get home.

“As it turned out I had a very good day, but they paid in cheques, and nobody would cash the cheques! I was going around trying to cash a cheque to pay for the petrol to get home.

“In the end, I had a new triangular Dunlop front tyre that I sold to Ron Angel, who paid $100 for it, which got me the petrol to get home,” Bill says, laughing.

“If it wasn’t for Ron Angel I might have finished up living in Bathurst!” 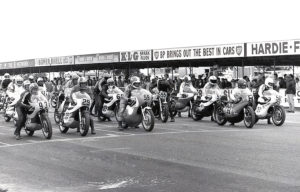 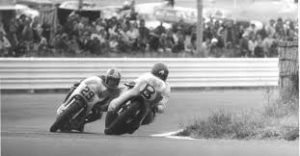 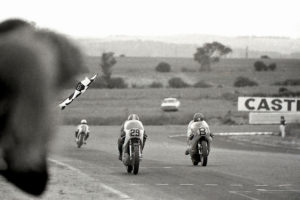