ENDURO ARE LOOKING FOR A NEW SPORTS MANAGER!

You are here: Home / Enduro / ENDURO ARE LOOKING FOR A NEW SPORTS MANAGER!
Back

After taking over the reins from Gerry Jongebloed as Enduro Sports Manager, and overseeing continued growth in the discipline, as well as the AORC now regularly visiting South Australia, Owen Rothe has now decided to call time on his overseeing of the discipline of Enduro here in SA.

Owen has led a tight team that has always strives to improve, not only the riding abilities of SA’s riders, but also the professionalism of how the sport and its events are run each year.

Now his successor as Sports Manager will be able to inherit a team and a sport that has a bright future indeed!

As we thank Owen for all of his efforts over the past 6 years, MSA also wishes him well in his future endeavors and hope to see him around the tracks in 2019 and beyond.

Expressions of Interest in the position of Sports Manager for the discipline of Enduro are now open – and will close on December 21st @ 5.00pm. Contact MSA office for details. 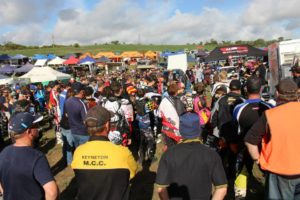