You are here: Home / News / INTERNATIONAL UPDATE FROM 4 TALENTED SOUTH AUSSIES!
Back

Connor Hogan at the Trial GP 2019 Japan
After qualifying well inside the top 15 for round 2 of the Trial2 World Championship, Connor Hogan had a tough weekend at Motegi in Japan;
“A tough weekend for me here in Japan, with nothing really going right. Very muddy and slippery conditions across the two days. My riding wasn’t great on Saturday but I felt much more comfortable Sunday. However, I simply did not have luck on my side, I had many 5’s due to unforeseen problems inside the sections. Ended up 28th two days in a row which is very frustrating. Thanks to Dad for filling in as minder for the weekend.”
#rockhoppingsa #GRO #globalracingoil #Jitsie #thehellteam 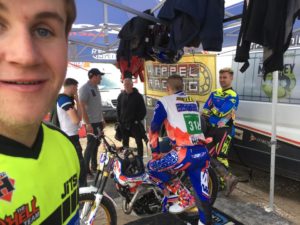 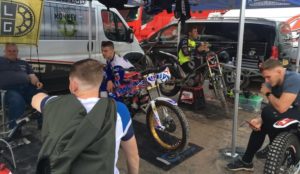 Brian Anthony at the Sidecar-cross World Championship, Estonia
After scoring points in his first GP last weekend in France, this weekend was a bit tougher for Brian Anthony in Estonia;
“Kivioli GP was a tough one, in the qualification race I tweaked my leg/knee, which got was sore and I had a dead leg so struggled quite a lot with it.
Race one; we had a pretty good start from second row but got hit by another bike in the back which was no problem, but then in the next right turn we came together again, causing us to crash and Joe hit his hand on a post, but we kept on but with no googles and long way back, but in the end we decided to pull in to the pits to save ourselves for race 2.
In race 2 we had a good start again, but I had a lot of trouble with the leg/knee, I knew what I needed to do but had no power in my leg at all giving us bad stability on the bike. Then, to top off a tough weekend, with only few laps to go the engine started cutting out after quarter throttle, so we had to pull out unfortunately.
No excuses, races don’t stop for things like this, but we/I take positives out of it, as I learnt lots and my physical condition felt OK except for the leg/knee. So, will work on sorting that and keep working to do what I feel I can do, its certainly not easy but I wouldn’t be here if it was, I’d have stayed at home. And I finally got to go to the Kivioli GP, one I’d wanted to go to for so long! Week off next week then come back stronger at next German championship.” 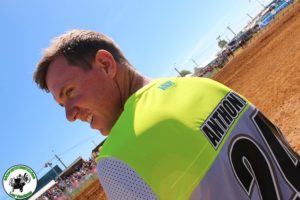 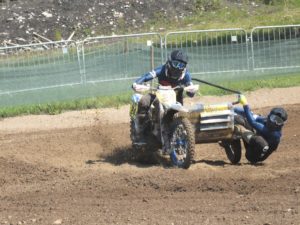 Liam May in Germany
“Unfortunately I had to pull out of last night’s meeting in Gustrow due to a serious crash in race 2 resulting in a head and shoulder injury, also have withdrawn from the meeting in Herning Monday.
Hopefully I’ll be fit for next week in Czech Republic and Poland.
Thank you to all the medics and people who helped out!” 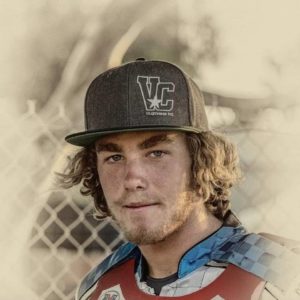 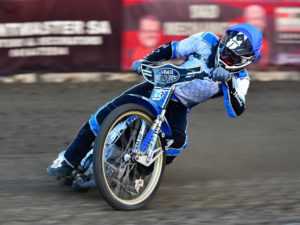 Brayden McGuiness in Europe!
Brayden had a busy weekend travelling around the north of Europe, taking in multiple countries, with some mixed results.
Friday night in Germany 6 points finishing 9th, 1 point short of a semi birth, with the meeting having 2 semis as per the Speedway GP format
After driving through the night to get to his Saturday Night Division 1 Teams Meeting, it was, unfortunately, rained off
And to finish the weekend off, Sunday night he scored 9 points in an open meeting at in Herning, Denmark 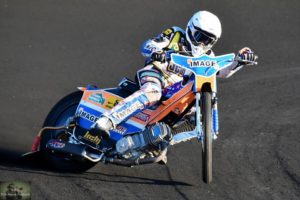 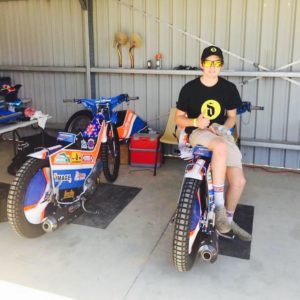