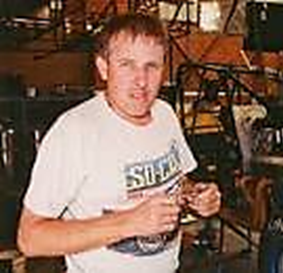 It’s with sadness that MotorcyclingSA learned of the recent passing of Mark “Gilby” Gilbert, former member of the Veteran Motorcycle Competitors Association of South Australia.

President of the club Brian ‘Nip’ Kuerschner shared the below thoughts, honouring Mark :

Having viewed the online Funeral Service provided by Embrace Funerals for the family of Mark Gilbert I thought it appropriate to provide a few lines from the Service on Mark’s behalf.

Not much was known of Mark by our Members other than his very busy life and dedication to promoting International Speedways events at Wayville. Riding and driving in most disciplines of Speedway which included riding Solo Motorcycles, driving Midget Speedcars and Sprintcars, Mark has been an extremely busy guy. Mark was evidently always a Speedway enthusiast right from an early age visiting Rowley Park in the latter years of the 1960s.

During those eventful nights at Wayville, Mark together with Kym Bonython brought out several International Speedway Stars the likes of our own Ivan Mauger from New Zealand, from Denmark Hans Nielson, Simon ‘Wiggie’ Wigg from Britain and from Stockholm Sweden, Per Jonsson the 1990 World Speedway Solo Champion.

Other events were presented at the Adelaide Convention Centre which included Indoor Stadium MotoX action. Mark visited the United Kingdom and the United States on many occasions searching for valuable promotional information to bring back to Australia. Other spectacular promotions provided by Mark included the fabulous Monster Trucks Rumbles again organized at the Wayville Showgrounds.

Of other interests to Mark was his very own businesses running a Transport Truck around the country along with his Spray Painting and Panel Shop. Recognized as one of the very best Speedway Promotors throughout Australia, drawing with his final breath Mark was heard to utter these words, “What’s the fuss all about?”