You are here: Home / News / NEWS – NOMINATIONS NOW OPEN FOR MOTORCYCLING SA’S 2022 NIGHT OF CHAMPIONS
Back 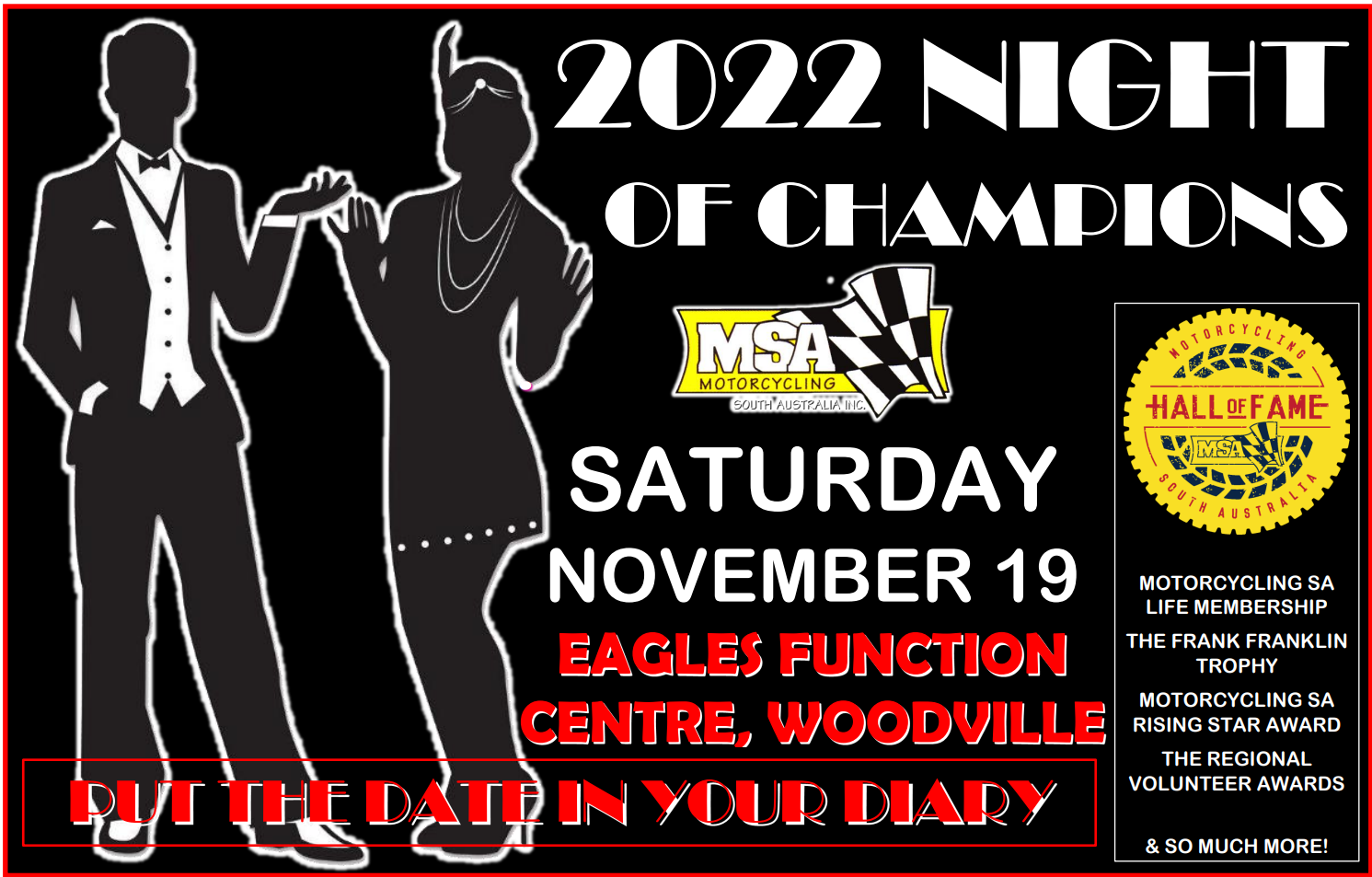 We’re excited to share the news that Motorcycling South Australia’s annual awards evening – The Night Of Champions – will return once again in 2022!

The event will be held on Saturday November 19, at the Eagles Function Centre in Woodville.

There are a range of awards to be presented across the evening, and nominations for these awards are now open. See below links and information about the closing date for each of the awards :

Details regarding tickets and proceedings for the night will be dropping in the next few weeks so stay tuned!