December 6, 2021 Filed Under: All disciplines, News

You are here: Home / News / 2021 RISING STAR NOMINEES SAMUEL PEZZETTA, CAMERON RENDE & RIKKI HENRY AT THE BEND ON THE WEEKEND!
Back 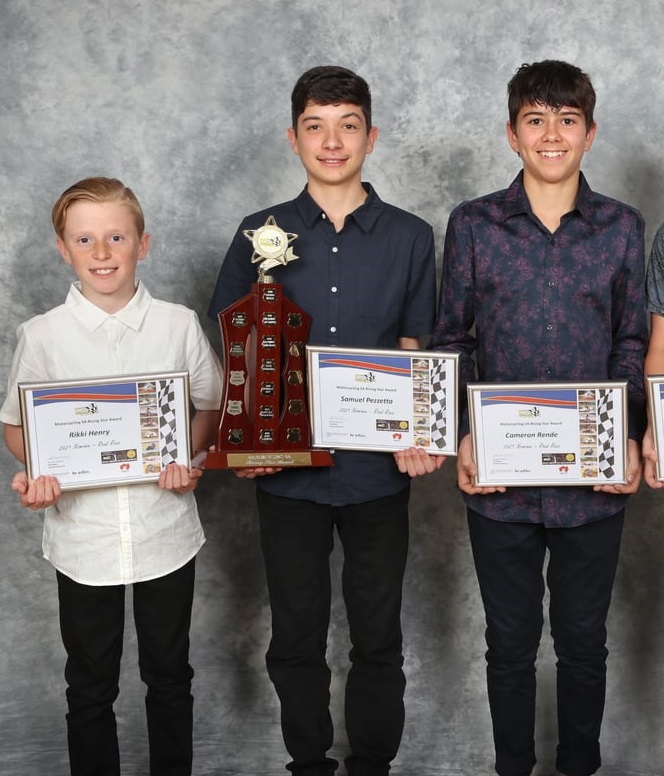 2021 MSA RISING STAR EXCEEDS ALL EXPECTATIONS AT THE BEND ON THE WEEKEND IN HIS SUPERSPORT 300 & YAMAHA R3 CUP DEBUT  SEASON!

The 2021 MSA Rising Star, Samuel Pezzetta surprised himself over the weekend at The Bend with some outstanding rides in the 2 classes he contested – the Supersport 300 Australian Championship and the Yamaha R3 Cup, finishing off the weekend in fine style with a top 10 finish of 9th in the final race of the weekend, and not finishing outside the top 15 all weekend – not bad when a top 20 finish (points) was the goal going in!

What was fantastic to see was how much Sam soaked up the whole experience and how much he was willing to watch and learn from Australia’s best – and the likes of Jack Miller, who Sam watched through turn 1 to see how he could improve his style – he watched, he learnt, he put it in practise – and he went faster (and smoother) – lesson learnt! 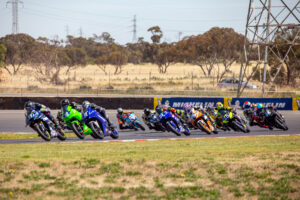 Sam, number 51 (in middle of the pic) in the middle of a normal 300cc Supersport pack

Just like to say that it was a fantastic weekend, and Samuel’s performance exceeded every one’s expectations, we went into the weekend aiming and fairly confident of possible top 20 finishes. But to finish in the low teens and a 9th in the last race was to say the least , Fantastic.
Big thanks to everyone involved, officials, volunteers, fans, all of our sponsors and the Unitech Racing Team for believing in Samuel.
Thank you.
Damien & Sandra Pezzetta 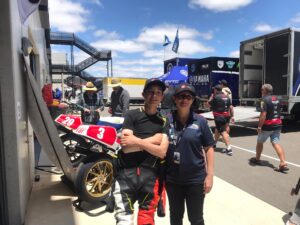 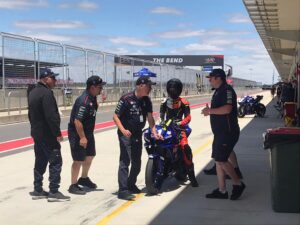 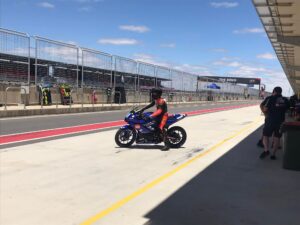 Sam, with mum & dad and the Uni Tech Team in the pits – and leaving for another qualifying session on Saturday

CAMERON RENDE & RIKKI HENRY GET A WILDCARD RIDE TO THE OCEANIA JUNIOR CUP AT THE BEND ON THE WEEKEND!

The weekend just past saw the final round of the 2021 Australian Superbike Championship (ASBK), and a part of the program was the Oceania Junior Cup, for junior riders all riding identical machines, and 2 of our 2021 MSA Rising Star nominees from road race, Cameron Rende and Rikki Henry scored themselves a guest ride due to a couple of interstate riders not being able to attend.

It was a huge honour for the 2 lads, who have only started racing this year, and as the weekend progressed their lap times continued to improve, as did their results, and more than once they found themselves in a battle group of 5-6-7 riders as they all jostled for positions around The Bend layout. They also got to rub shoulders – and share pit lane – with the cream of Australia’s road racing family, including, of course, Australia’s MotoGP star, Jack Miller. 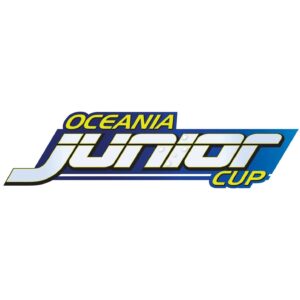 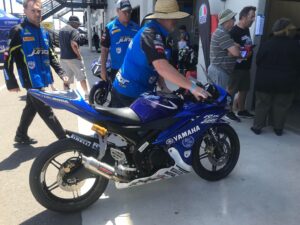 With Cameron due to join the Oceania Junior Cup as a full time rider in 2022, this was a great opportunity to see what it is all about, and he proved more than ready to join the Series, while Rikki will become part of the inaugural bLU cRU SA Junior Cup to be held here in SA next year – and has already asked if he can ride the same bike he road on the weekend in next year’s Series!

Over the weekend, the 2 lads also were visited by the Motorcycling SA President, Brenton Matters, who had with him an inaugural member of the Motorcycling SA Hall of Fame, the legendary Murray Williams, himself a former road racer from the 1960s, who passed on a few words of wisdom to Cameron & Rikki. 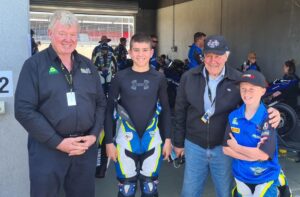 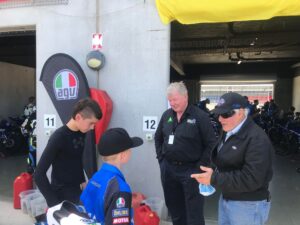 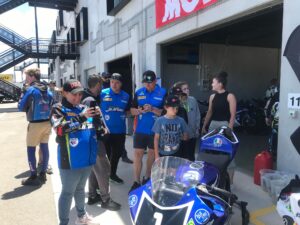 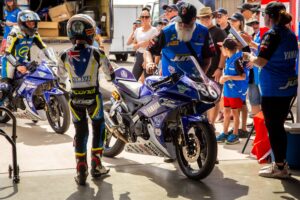 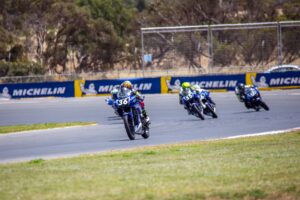 Cameron & Rikki with Brenton & Murray in the pits, the parents taking it all in, and waiting as they lads come in after their final race – and Rikki (36) and Cameron (80) in race mode on track!

RIKKI’S RESULTS OVER THE 3 RACES; 13TH, 8TH, 7TH – awesome to grab a couple of top 10 finishes first up!
And from ‘Team Henry’
“We would like to thank Kym Bolto for the nomination as it was such an amazing and eye opening experience for not only Rikki, but Chris and I too.
A massive thanks to Motorcycling Australia for putting on such an amazing event. Our families for traveling with such short notice.
And also our SA Championship families, the Pezettas, the Rendes, and also Sandro, if it wasn’t for the passion and support these guys bring, it wouldn’t be the same.

Thank you all”
Chris & Kara 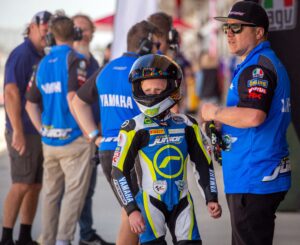 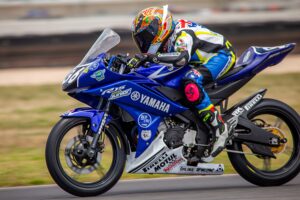 CAMERON’S RESULTS OVER THE 3 RACES; 17TH, 12TH, 13TH
And from ‘Team Rende’
“Our sincere gratitude to the MSA Team, Martin Port and the OJC Team for giving Cam such a phenomenal experience at The Bend as an SA Wildcard for their last round. The comradery, team spirit, competition, raw talent and racecraft was incredibly inspiring to be a part of.
Cam is very much looking forward to joining the 2022 OJC Team. 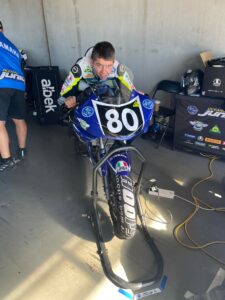 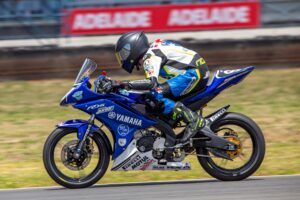 PHOTOGRAPHS COURTESY OF THE BRILLIANT REBECCA BOWDIDGE FROM PIT LANE STUDIOS – check out all of her work on her Facebook page
https://www.facebook.com/PitLaneStudio