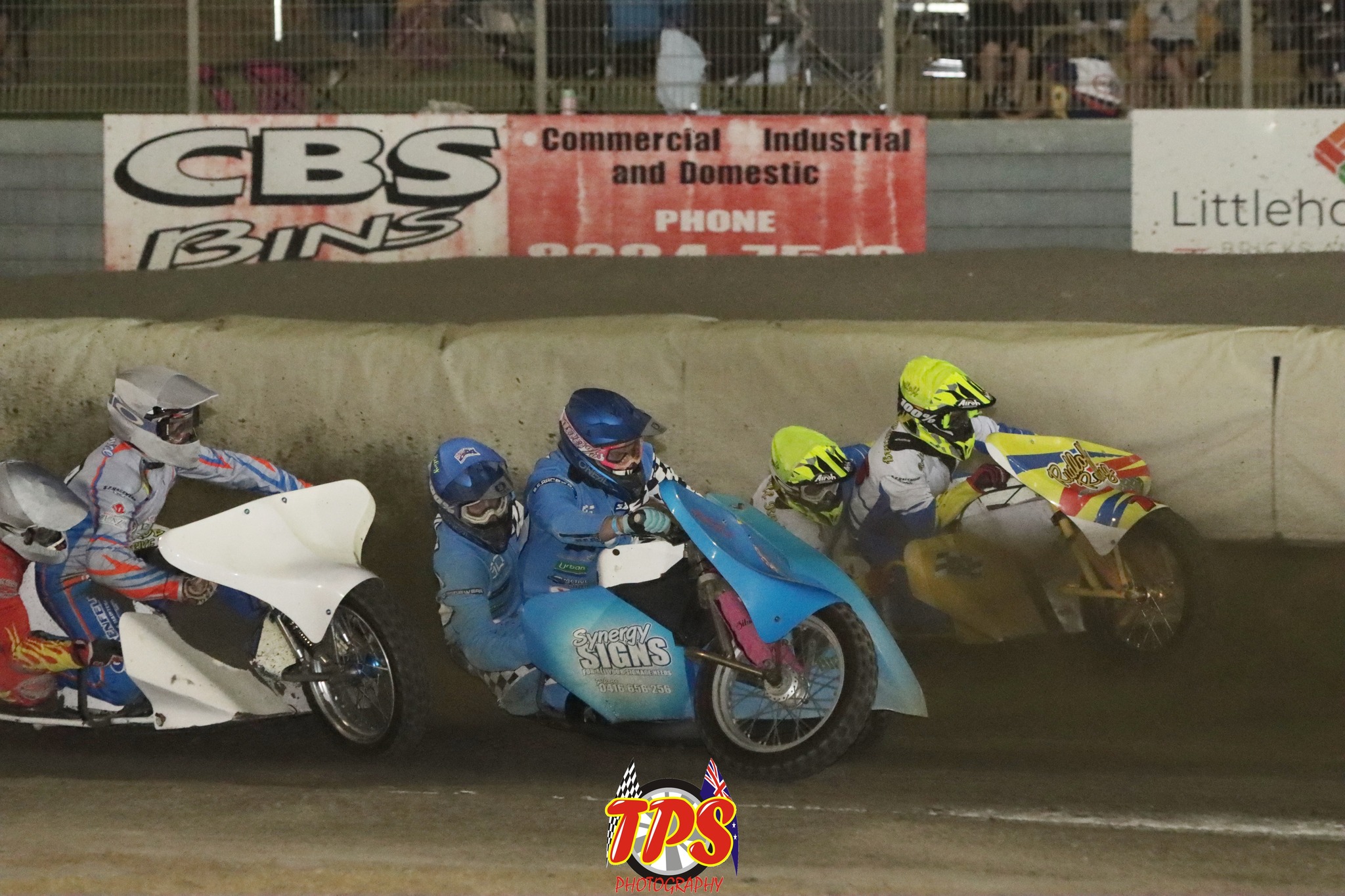 Sidecar racing has made New Years return to Gillman Saturday 14th January 2023 with a night full of 3 wheel action and spills for the 2023 Bowes Family Sidecar Cup.

Mick Headland / Brenton Kerr took home the trophy with 14 Points after a near flawless night and leading from start to finish in the finals. Headland and Kerr stood triumphant in the end after holding off strong competition from Queensland Champions Tyler Moon and Adam Lovell.

Moon/Lovell took every opportunity to make an inside pass on Headland/Kerr, even coming close and drawing level. However were unable make it stick and get the bike ahead. Max Howse/Adam Commons (NSW) waited for their moment, pushed their way under Moon/Lovell on the last lap to take second place. Moon/Lovell settled for third in front of Byren Gates/Michael O’Loughlin (Vic) in fourth place.

Not all riders had a clean night with 2 lengthy delays following incidents in the fist of the Sidecar support races. John Atherton and Greg Black were the first to go down, hitting the fence on the 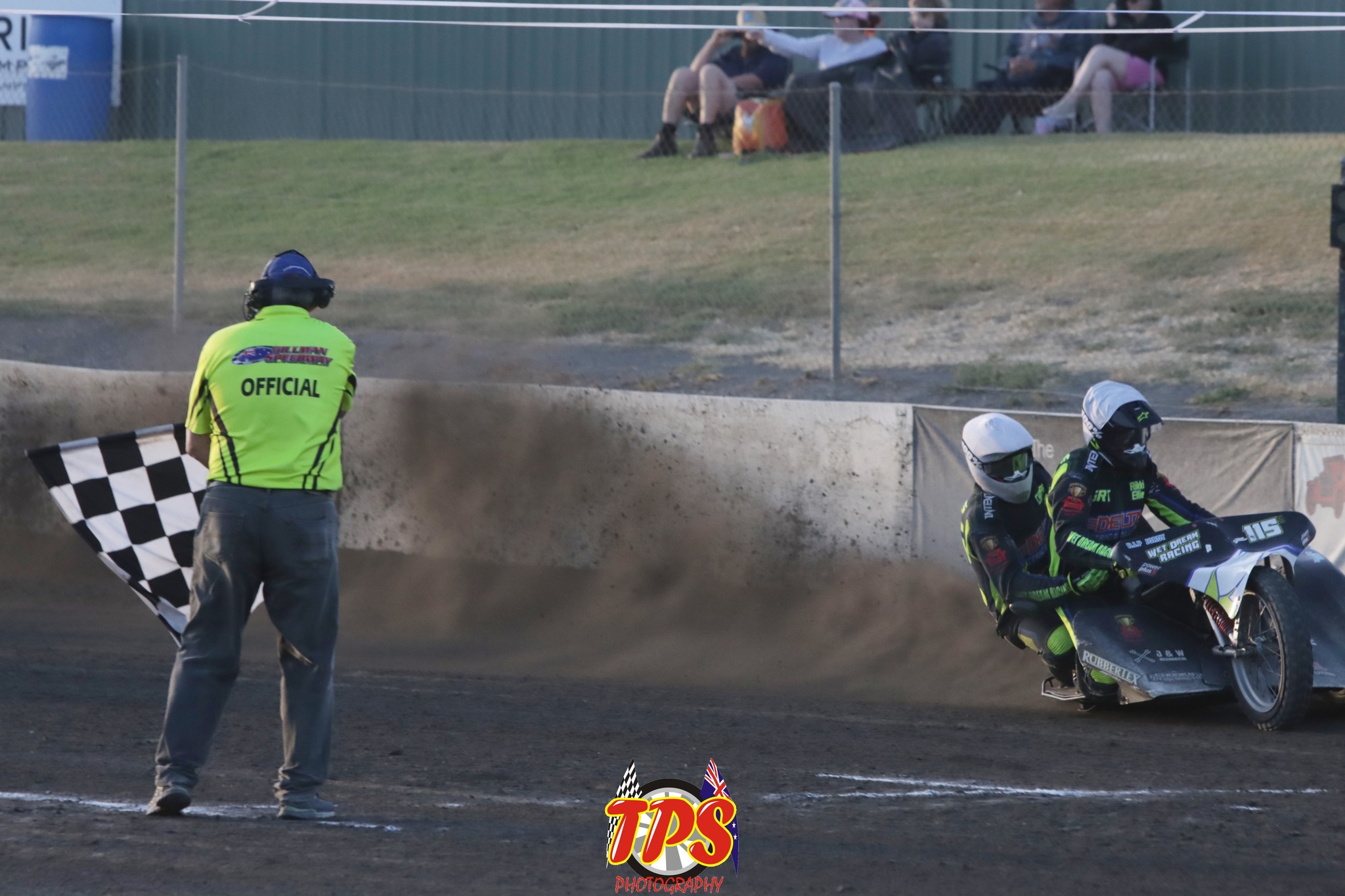 back straight of the opening lap. The bike twisted the bike towards the fence, throwing both riders hard onto the deck. Black was able to get back up quite quickly, however there was a delay with Atherton being attended to and eventually being taken away in the ambulance. We can report that John spent a couple of days in hospital for observation, however thankfully there are no reported breaks and he is in good spirits.

In the rerun Willy Walker/Jarrad Nash sitting in second place, spun around between turns three and four on lap two, putting their bike backwards into the path of Corey Palmer/Matt Barkla.  With no where to go this sent all 4 riders down onto the track with another lengthy delay as Barkla was treated and the race then abandoned.

All the results of the night: 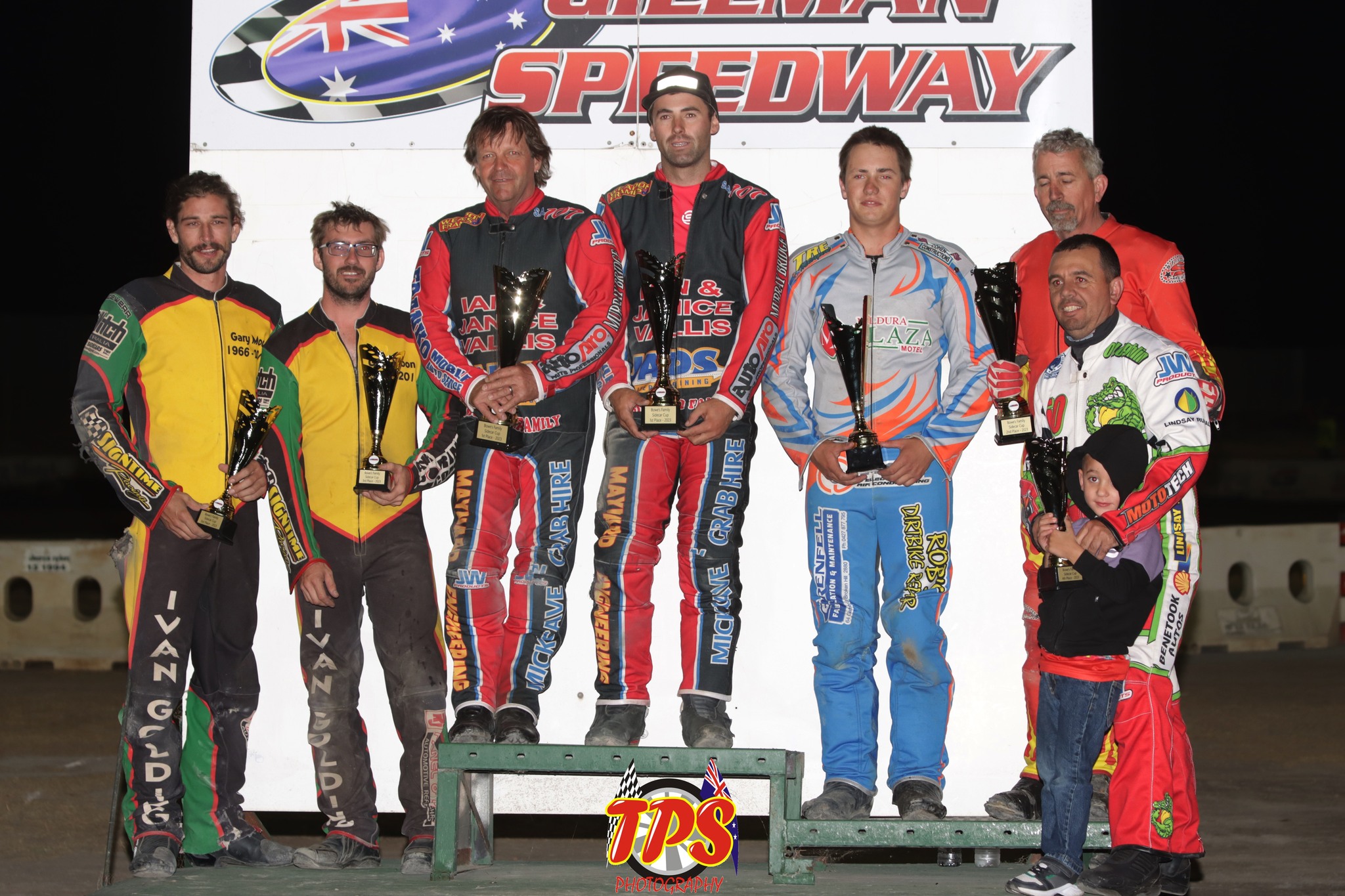 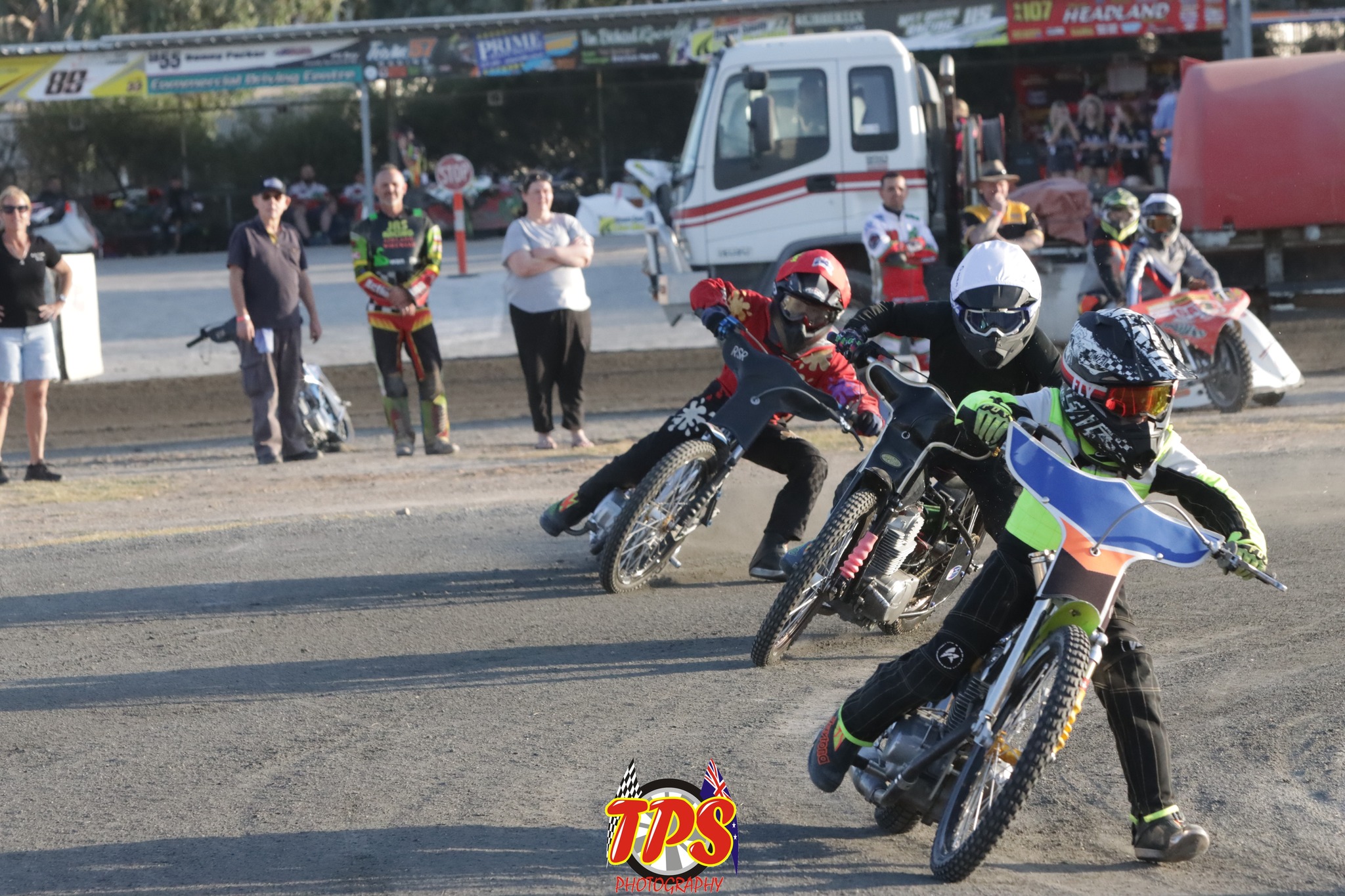 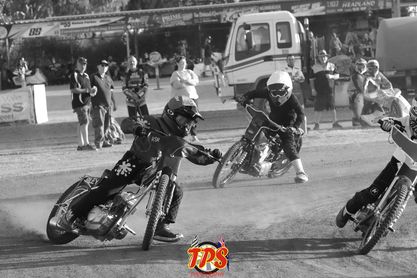