You are here: Home / News / SOUTH AUSSIES TAKE ON THE SUNRAYSIA SAFARI CROSS COUNTRY RALLY
Back

The Sunraysi is the largest and longest Cross Country Rally in Australia, and the 2019 event will be held from September 11-14. Based at the Wentworth Showgrounds, the rally will be run on private properties in the Wentworth, Pooncarie, Euston and Greater Darling Anabranch regions, with the competitive distance anticipated to be over 1200kms over the 4 days.

7 South Aussies are tackling the 2019 event, and as they head into day 3, here are the links to the website and live timing to keep up to date with;

Here is an update from the Hutchy Racing Team – after day 2;

Hey all
Sorry been a lack of updates since the rally kicked off yesterday morning. Things have been fairly busy!
Day 1 was a total of 629k’s and about 10hrs in the saddle. Both teams made it back in one piece not without some mechanical issues. We had an oil transfer issue between the engine and gearbox oils which resulted in stopping mid stages to top up oil levels. We managed it ok during the day and it didn’t seem to get much worse. A busy evening prepping the bike and also some repairs on the Trtion as well!
Day 2 today was 552k’s. We battled with the same issue as yesterday but it was getting increasingly worse as the day went on. We thankfully got it home in one piece and got to work trying to fix the issue. After robbing some parts of our spare engine hopefully the problem is now solved and it will behave tomorrow. Another big day coming up – 750kms. Hit the road at 6.22am for a nice 170km transport stage to the first section. 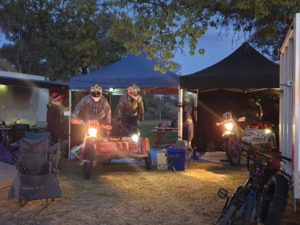 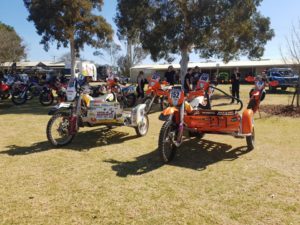 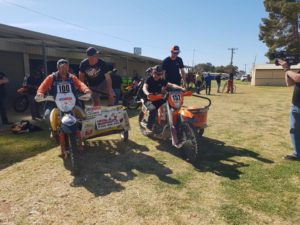 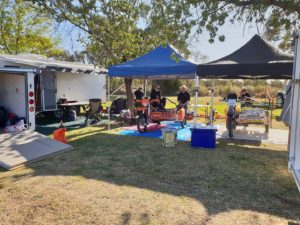 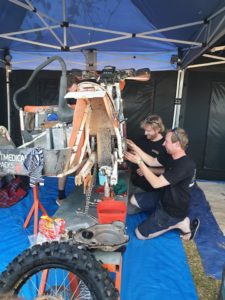