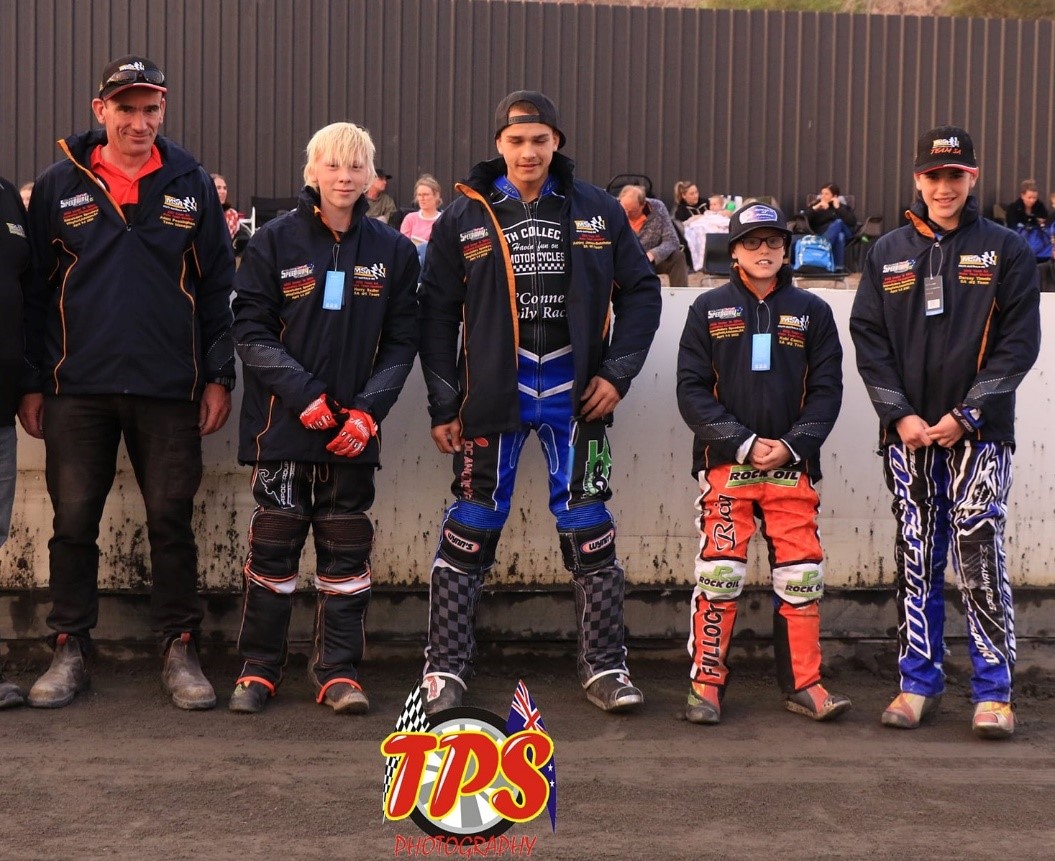 Motorcycling SA’s official State Teams, Team SA, featured for the first time in 2022 at the CBS Bins Australian Under 16 125cc Speedway Championships, held at Sidewinders Speedway over the weekend of April 1-3 2022.

Team SA had 2 teams entered for the Championships, and were led by the defending Champions (from 2020 – thanks to COVID there was no 2021 Championship), Harry Sadler and Ashley Jansen-Batchelor in Team 1, with Team 2 being made up by debutants, Kobi Canning and Darcey Timmis.

In mixed results, Hazza & Ash finished with the Silver Medals this time, with the Western Australian team of Mitchell McDiarmid and Linkin Metcalf extracting a little revenge by reversing the result from 2 years ago. It went down to the 6th round of heats to decide the winners, with WA sneaking in by a solitary point, 25-24.

Darce and Kobi had a troubled day, being beset by mechanical woes (Darcey whilst leading home an SA 1-2 in their 2nd heat), and a couple of crashes where fatigue seemed to be the contributing factor, especially as it was a huge 3 day event, with this final day being run in warm conditions, with little or no rest between heats, but still managed to finish in the top 6 at their first attempt.

Shout out also to Haydon Kuchel, who subbed in for Kobi for the last heat, great to see Haydon get a ride as a Reserve and see what teams riding is all about!

All up, it was still a great effort by our 4 riders, who will be among the youngest to represent SA this year, and with the talent also coming through, it wouldn’t be surprising to see a team from South Australia on this podium for many years to come!

Huge well done to all, and their teams behind the scenes (read parents!) who helped them get to the meeting, the MSA Speedway Sports Manager, Adam Possingham, who acted as Team SA Team Manager for the event. 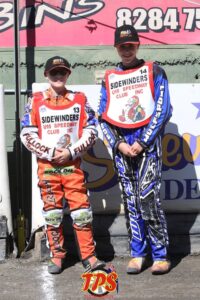 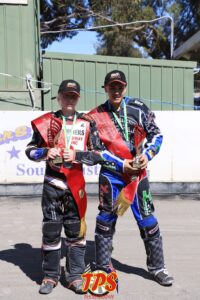 Harry & Ashley with their runner up awards 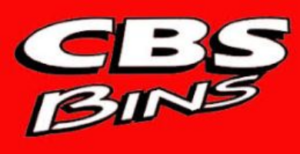