You are here: Home / News / THIS EASTER WEEKEND IN SOUTH AUSTRALIA!
Back

So, what’s on in South Oz this Easter weekend – well, there’s a bit on to satisfy most really!

Let’s have a look!

For those not in the know, Sidewinders is a junior speedway club for children aged 4 years to 16 years. They race 125cc solos, 250cc sidecars, and mini bikes.

Join them for their ANZAC and Presidents Cup meeting. A meeting in honour of our ANZACs and to present the Presidents Trophy.

This is their last meeting of the season, so let’s support their juniors who have made the Sidewinders season such a success.

Gates open at 4.30pm with the pits open until practise starts for all to have a wander amongst the bikes. Full canteen open all night and easy access for all. 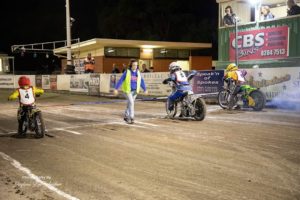 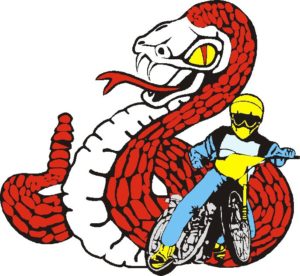 Friday to Sunday – Mount Gambier’s Mac Park hosts the 2nd round of the SA Road Race Championships, which is run alongside the Easter Cup

Easter weekend will see McNamara Park Raceway come alive with round 2 of the SA Road race Championships run in conjunction with the BEARS National Challenge and the annual Mac Park Easter Cup.

Strong fields will be contesting all classes so the racing should again prove spectacular.

Last year’s winner and current State Championship leader William Strugnell will again be the rider to beat, but several local riders will be looking for good results.

Mac Park regulars Darren Trotter and Rusty Crane will line up on their 1000cc Superbikes and hope their experience and track knowledge will work in their favour.

Australian Superbike Championship Supersport contender Dallas Skeer will again line up, and with his experience in the national series will be looking to go one better than his runner up spot in 2018.

Qualifying will take place on Saturday morning with racing starting around midday and continuing all day Sunday, concluding with the Easter Cup feature race.

As usual, the canteen will be open all weekend with bar facilities available in the afternoons. Entry is $10.00 per day or $15.00 for the weekend. 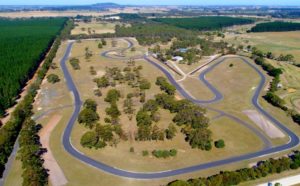 Port Pirie host the SA motocross season opener & its first major event for the year – the Port Pirie MCC’s annual Easter pilgrimage to their track for the long running ‘King of the Gulf’ meeting – which will also feature the ‘Prince of the Gulf’ and ‘Classic King of the Gulf’ events as well – plus the running of the 2019 ‘SA Women’s Motocross Cup’!

The Port Pirie Club are also excited to announce some great partnerships for all 4 feature events in 2019, and thank them for their continued support of these events, the Port Pirie MCC and motorcycle sport here in SA;

Prince of the Gulf; Nyrstar

Where else would you rather be at Easter – great viewing to be had at this family friendly venue, and, the awesome Port Pirie canteen will be in action all weekend with hold & cold food & drinks, and there will also be full bar facilities. 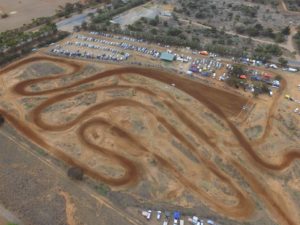 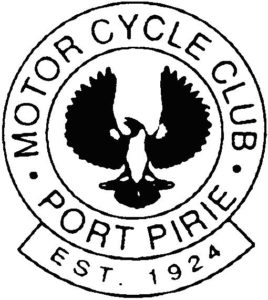 Best ‘Do a Molly’ – and – do yourself a favour and get to any of these great events over the Easter weekend!!

A large(ish) contingent of the Trials SA crew will be making the long trek to ride the Glenmaggie Easter Trial, at Glenmaggie, just the other side of Traralgon in South East Victoria, which is Australia’s biggest yearly trial outside of the Australian Championships, and on an amazing property that is the traditional home of the event. A great way to kick off the season of trials for many riders around the country. 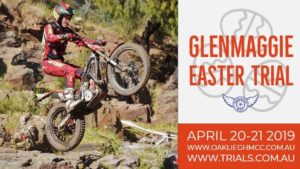 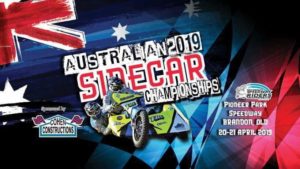 Good luck also to all of our South Australian speedway sidecar teams that have made, or are making the long trek north for this weekend’s Australian Junior & Senior Sidecar Championships, which are being held at Pioneer Park Speedway, which is in Brendon in Queensland. A long drive after the World Cup & Oceania Championships, to end what has been a full on season for the teams. 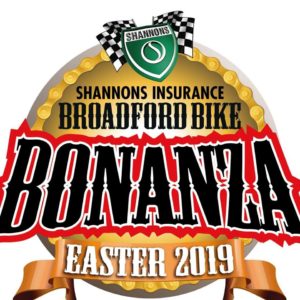 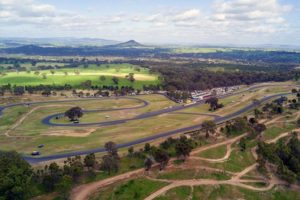 Broadford is on as well!

With the Easter long weekend fast approaching, the Shannons Insurance Broadford Bike Bonanza (SIBBB) is once again high on the lists of many as a ‘must see’!

The 2019 SIBBB runs from 19-21 April at the Broadford State Motorcycle Complex, Victoria.

Don’t delay on this fantastic opportunity to see featured, some of Australia’s most prestigious competitors, including Jason and Phil Crump!

The SIBBB is also bringing out an amazing number of sidecars this year. What started as an idea to celebrate the 50th Anniversary of the release of the Honda 750/4 morphed into the golden question: “Did you know the first Honda 750 in Australia brought in ahead of the official release was destined for a sidecar motor?”

The 2019 SIBBB will showcase sidecars from a variety of disciplines and coveted eras, with the different eras of development characterized by the era in which they were originally made.