TRIALS SA FIRST OUT OF THE BLOCKS TO LAUNCH 2020 SEASON!

You are here: Home / News / TRIALS SA FIRST OUT OF THE BLOCKS TO LAUNCH 2020 SEASON!
Back 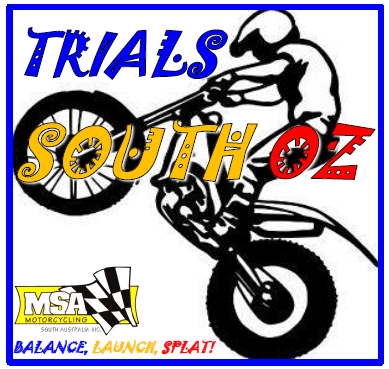 TRIALS SA FIRST OUT OF THE BLOCKS TO LAUNCH 2020 SEASON!

The TROY Series SA 2020 poster has now broken cover, thanks to Motorcycling SA starting to upload all of the events to its events calendar on their website, head to www.motorcyclingsa.org.au/riders/calendar for the whole calendar.

Some of the first dates to go up online have been the Trials SA dates for 2020 – so now the official TROY Series SA 2020 poster can also be released and the 2020 Series officially launched.

Featuring Chris & Stuey on the poster this year, TROY 2020 will feature 5 rounds, with at least 1 new venue (Robertstown), which will also feature a Saturday Trials SA Coaching & Practise Day and will be a great venue for a camp out as well!

In between Mungeree and Robertstown, the Series will also visit Victor Harbor & Tungkillo for the Frank Tuck & Max Graetz Trials, before heading to the Barossa for the Series Finale’, the 47th Mountain Man Trial.

The full Series is;

Rounds 1 & 4 will also feature a Saturday Trials SA Coaching & Practise Day, while round 2 will feature a Come & Try Day on the Saturday, with all events also likely to have camping available on the Saturday night.

Also breaking cover and being launched is the 2020 ‘Rockhopping SA’ South Australian Women’s Cup for trial, which is run alongside The Diener / Holmes Sidecar Trophy, and will be held in 2020 on the weekend of June 27th & 28th in the Barossa Valley.

2020 will see this event run for the 12th time since its inception in 2009, and whilst no venue has, as yet, been locked in, you can count on the Keyneton MCC to come up with a beauty, new or old, with a number to choose from, including venues that have hosted an Australian Championship in previous years!

The Keyneton MCC are also excitied to welcome on board once again as the major partner for the event, Greg Knight and his amazing crew at Rockhopping SA, who have now supported this event for half of its life, after first signing on in 2015.

The Saturday before the event will feature a Trials SA Coaching & Practise Day, and at this stage the current Australian Champion, Kyle Middleton, has been booked to attend this day and the event on the Sunday – and perhaps stay tuned for more announcements on this as it gets closer! 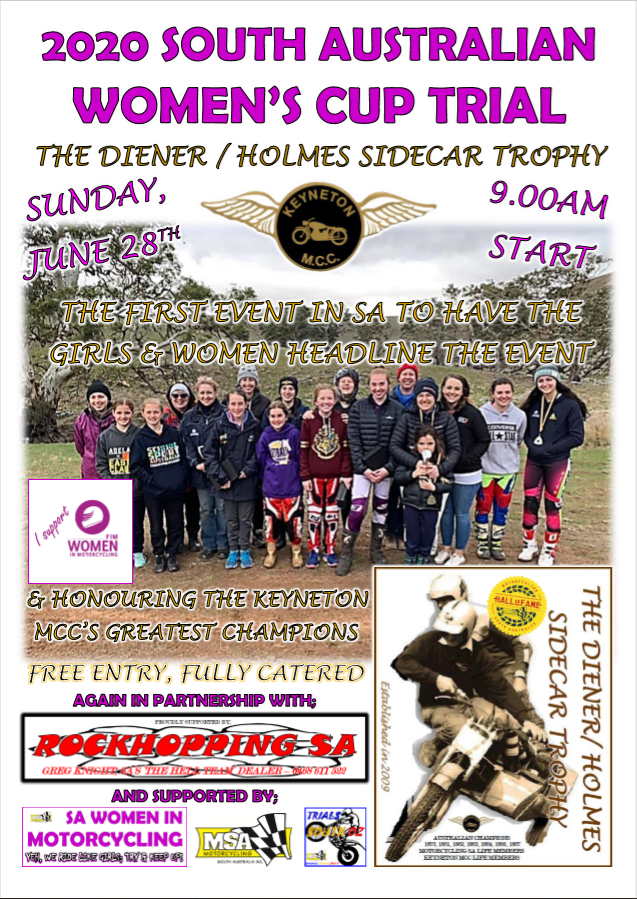 More info to come early in the New Year from the Trials SA crew regarding the other 2020 special events,

which in 2020 are being run by the Juventus MCC, who will likely lean on the expertise of their most famous trials member, former Australian representative, Adrian Harry, along with a handy crew of section setters – so stay tuned! 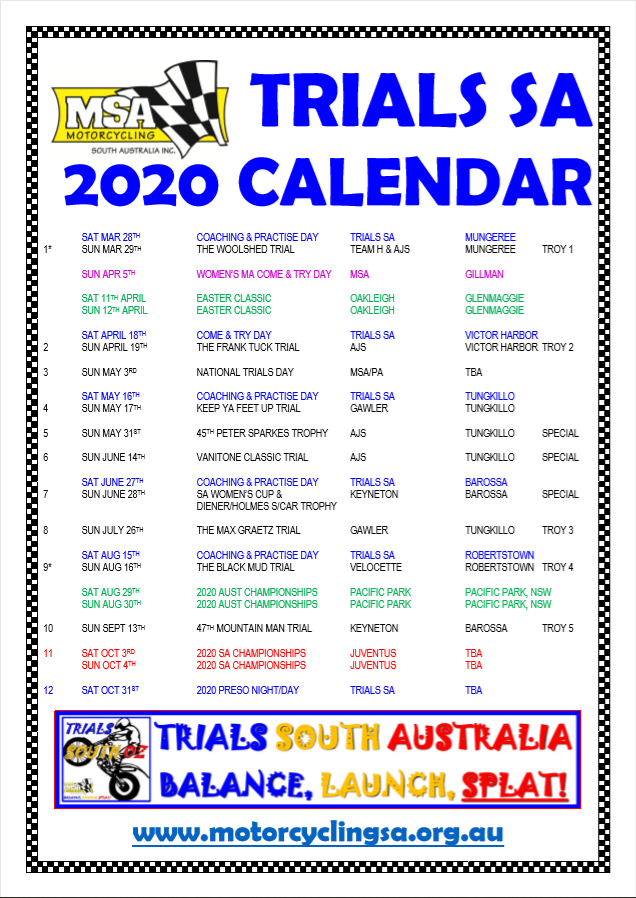